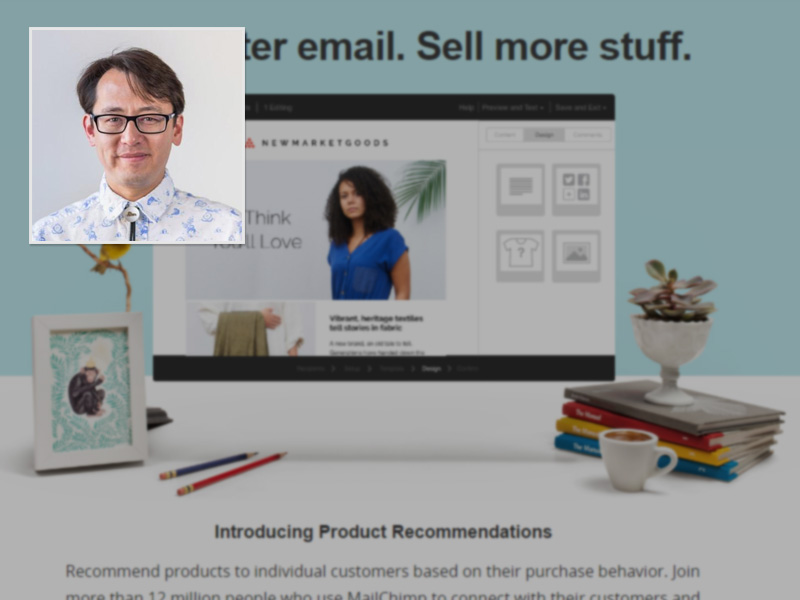 MailChimp has been a topic of debate from quite some time now. All thanks to its huge success in email marketing realm! Who discovered it? Well, the name behind its success is “Ben Chestnut” who has devoted a lot of time to bring this amazing email marketing software (EMS).

MailChimp is an Atlanta based email marketing service that has a huge customer following. This service has proved its mettle in quite a less time and more than 8 million satisfied customers are in its court. Small businesses have been benefited a lot who send out monstrous mails every month.

Why this Product was invented?

More than 10 million people in the world send out mails and messages to their targeted campaigns. When asked about its invention from Ben Chestnut, the founder of MailChimp, he said

“We started this mailing business when Bluemountain.com, an e-greeting site got sold to Excite. It is because clients wanted a new trend of sending out mails automatically including graphics. So we gathered resources and assembled them to build an exciting tool called MAILCHIMP”.

When was it Invented?

This super mailing tool is in service since 2001. In very little time, it has proved its significance across the globe. However, MailChimp is well renowned for its instant delivery of emails and automated messages, with many using it alongside hiring a firm like Epsilon to help them with their email marketing efforts.

How it became Such a Huge Success?

Dedicated to provide technology at its best, MailChimp has earned a lot of appreciation and success. With a matter of opinion, it has been claimed that MailChimp is the easiest mailing service to use. You can check out this Mailchimp vs Sendgrid comparison to see if you agree. Being in service, it has improved the platform at every step by creating innovative products.

In an interview with Ben Chestnut, he explained what exactly motivated him to launch this app publicly.

“Since 2001, MailChimp is being in rounds but the official year when it became a huge success was 2007”. Why?

Because a bunch of customers needed an tool to send out the mails to a large audience instantly but the software at that time was uncanny and expensive. However, this product hit the horizons when Chestnut saw a better scope of it rather than the greetings business. That business got winded up and here came MailChimp!

Here’s a rundown of how it became successful in the market:

With such an easy usage, how’s its possible not being successful in the market? Now the matter of concern is what key factors contributed in its huge success? Let’s dig deep:

Key Factors that Helped in Success of the Product

Most interesting section to read! You might be looking around for the factors that actually made it a success round the world. So let’s not waste time and look down further:

Starting up with a business? Don’t have big contact list? No worries when MailChimp is there for your rescue. Yes, if you don’t have a good sized list in hand to send out mails, go slow and free for the initial months. No need to pay money up till 2000 addresses. How cool is that!

Send out your newsletters to Twitter followers via your readers. Just a click and here goes your perfect newsletter to such a big platform. Don’t have Twitter account? Create one today and give it a go!

Usually, what happens is when you send out a newsletter, it goes to the spam box. If not, the subscriber does that! Well, this is not the case with MailChimp. If anyone mark it spam, this tool automatically unsubscribe that user so as not to give a chance to other users marking you spam.

Tell me one good reason of MailChimp about spamming?

It has an option of One Click Unsubscribe that allows a user to unsubscribe the mails in a jiffy. No hassle of typing your email address though. Just one tap and you are there!

Now the question is what should be the strategy in the mind of the founder that this product has captured such a huge market?

Strategy Followed By the Founder

Since the offerings of this tool has its own perks that made it successful. At the very first, the founder ‘Ben Chestnut’ is a talented personality who has read the minds of the people about what they need.

He always paid handsome compensatory benefits to the employees to keep them hooked. However, the rewarding idea brought him a nice pool of talent that has a huge rule in such colossal success of MailChimp.

If any of the important details or facts has been missed, comment in the section below.